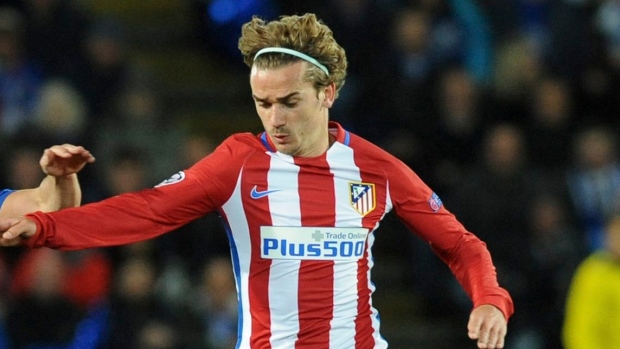 MADRID — Atletico Madrid could only manage a 1-1 draw at third-division club Elche as Spain's leading clubs struggled in the Copa del Rey on Wednesday.

Villarreal and Athletic Bilbao also flopped in their first-leg matches against third-tier teams. Villarreal was stunned by a 1-0 defeat at Ponferradina, while Athletic was held by Formentera to a 1-1 draw.

Here's a look at the games on Wednesday:

Thomas Partey put the visitors ahead with a header in the 17th minute, but Elche equalized with a penalty converted by Lolo Pla in the 52nd after he was brought down inside the area by defender Lucas Hernandez.

"We've given ourselves a chance to advance," Pla said. "We know it's going to be very difficult (in the second leg in Madrid), but we were able to hold them to a good result here and maybe we can do it again there."

Both teams created several chances to score throughout the game, with Atletico squandering a few one-on-one situations with Luciano Vietto. Fernando Torres also had his opportunities in front of goal.

"We have to give a better effort," said Atletico midfielder Saul Niguez, a native of Elche. "We had plenty of chances but couldn't capitalize on them. We need to keep improving in that area."

Atletico coach Diego Simeone said he was not too worried about the setback.

"The goals will come," he said. "We need to keep insisting and remain patient."

It was Villarreal's first loss since coach Javi Calleja was hired to replace Fran Escriba in September.

Struggling Athletic Bilbao needed a second-half goal by Raul Garcia to salvage a 1-1 draw at Formentera on an artificial pitch in the Balearic Islands.

Athletic has won only one of its last 10 matches in all competitions, a 1-0 home victory against Sevilla in the Spanish league. It has lost five matches during the streak.

Celta Vigo scored twice in the first half to extend Eibar's winless run to six matches in all competitions.

The Basque Country club hasn't won since a 1-0 victory against Leganes in the Spanish league in September.

Forward Claudio Beauvue scored in the 88th minute to give Leganes a 2-1 win at Valladolid.

Leganes, playing in its second season in the first division, has been one of the surprises in Spanish soccer so far. It is currently fifth in the Spanish league with 17 points from nine matches.