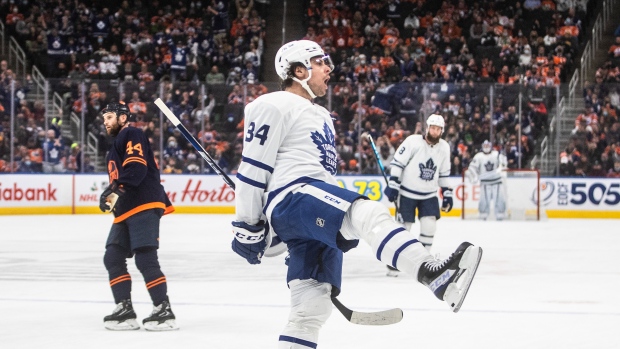 Auston Matthews has a chance to make history on Wednesday night when the Toronto Maple Leafs visit the New York Rangers.

The 24-year-old Leafs centre has scored in 10 straight road games and, if he lights the lamp at Madison Square Garden, will match Pavel Bure and Steve Yzerman for the longest road scoring streak in National Hockey League history.

The Scottsdale native has 25 goals and 40 points in 33 games this season. Matthews has three goals in six career road games against the Rangers.

Leafs head coach Sheldon Keefe says Matthews’ ability to find the right spots on the ice puts him in a league of his own.

"The talent, the ability, and the athleticism are only a part of the equation," said Keefe. "A sense of where to go and what to do is part of the package. That is why he is in such a rare, special class of player."

The Leafs are 7-2-1 in their past 10 games and sit third in the Atlantic Division, behind the Tampa Bay Lightning and Florida Panthers.