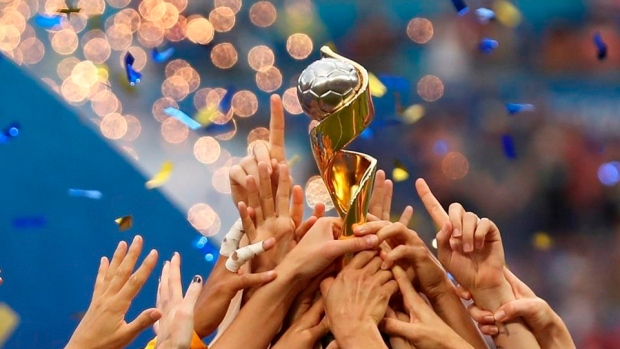 SYDNEY, Australia — Backers of a bid to bring the 2023 Women's World Cup to Australia and New Zealand are confident they've showcased the benefits of co-hosting the event across two confederations.

A FIFA inspection team has completed a six-day tour, reviewing plans for a tournament involving 13 stadiums and up to 100 practice venues across the two countries.

Football Federation Australia chairman Chris Nikou says it would be “a game-changer for the women’s game throughout the Asia-Pacific region.”

“We believe that we have the right mix of innovation, vision and hosting experience to deliver a remarkable FIFA Women’s World Cup and be a partner FIFA can trust every step of the way," Wood said in a statement released Tuesday. "We will place the interests of the greatest female footballers in the world at the centre of everything we do and I believe that came across strongly during the inspection visit.”

Australia and New Zealand were in the Oceania confederation until the Australians joined the Asian Football Confederation after qualifying for the 2006 World Cup.

The countries have successfully co-hosted the Rugby World Cup and the Cricket World Cup, and Australia has hosted the Olympics in 1956 and 2000, and the AFC's Asian Cup in 2015.

The bid plans to clustering four groups in each country during the group stage to minimize travel distances for teams and fans.

The U.S. women's team won the 2019 World Cup in France, beating Netherlands in the final to win the title for the fourth time.

The tournament will be expanded from 24 to 32 teams in 2023, and the host will be decided in June by the FIFA Council.

FIFA has also received bids from Brazil, Japan and Colombia.