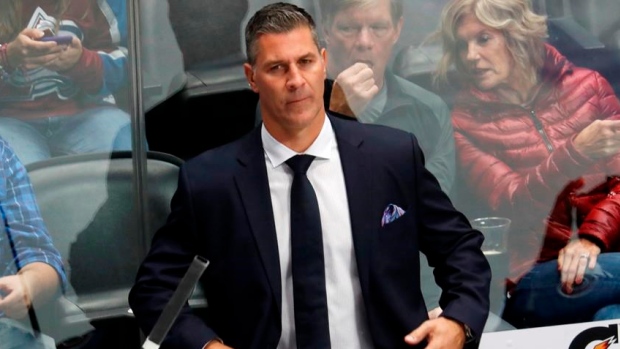 Colorado Avalanche head coach Jared Bednar will be behind the bench Thursday night in Las Vegas for Game 6 against the Vegas Golden Knights after missing morning skate due to "irregularity in his COVID test results."

Jared Bednar has been cleared to coach tonight

The Avs trail the Golden Knights 3-2 in their second-round series and need a win Thursday to stay alive.

In his fifth season behind the bench for the Avalanche in 2020-21, Bednar, 49, coached Colorado to a 39-13-4 record, good enough to capture the NHL's Presidents' Trophy.

The Avalanche advanced to the second-round last season where they fell to the Dallas Stars in seven games.