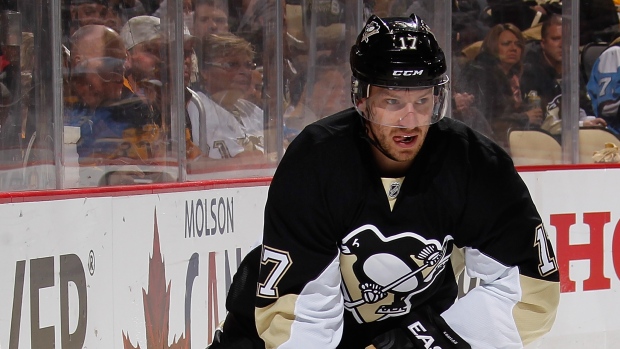 The Colorado Avalanche have signed forward Blake Comeau to a three-year deal.

The 29-year-old score 16 goals and 31 points in 61 games with the Pittsburgh Penguins last season. He also added one goal in five playoff games.

“Blake is a versatile forward who is dependable and can be used in all situations,” Avalanche executive vice president and general manager Joe Sakic said in a release.  “He will add not only scoring but also some grit to our lineup as well.”

Comeau was selected 47th overall by the New York Islanders in 2004 and has since spent time with the Islanders, Calgary Flames, Columbus Blue Jackets and Penguins.