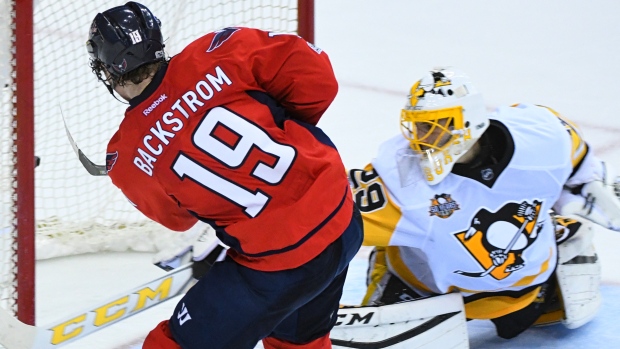 The Washington Capitals may have won the last two Presidents' Trophies, but veteran forward Nicklas Backstrom still thinks they are the "underdogs" against the defending Stanley Cup champion Pittsburgh Penguins.

The Caps punched their ticket to the second-round Sunday night with a Game 6 overtime win over the Toronto Maple Leafs. After the game, Backstrom told Isabelle Khurshudyan of the Washington Post that he felt his Capitals, who finished with the most points in the league, were the underdogs since the Pens won it all last season.

By the way, Backstrom said the Caps are "underdogs" against Pittsburgh, since the Pens are defending champs. Found that interesting.

Washington is expected to finally hoist the Cup this year, so the native of Sweden could be trying to disperse some of the tension his team is likely dealing with. The Capitals have struggled in the postseason over the past decade and really over their existence in the NHL.

Pittsburgh ousted Alex Ovechkin and the Capitals in six games in the second-round of last year's playoffs en route to their fourth Stanley Cup in franchise history. The Russian superstar fell to Sidney Crosby and the Penguins in 2009 as well, losing the second-round series in seven games. Washington has met Pittsburgh nine times in the playoffs in their history, losing eight of those series.

Since Ovechkin's arrival in 2005-06, the Caps have made the playoffs nine times, but have never gotten out of the second round. They've made it to the Conference Finals or better only twice in 26 postseason appearances in team history.