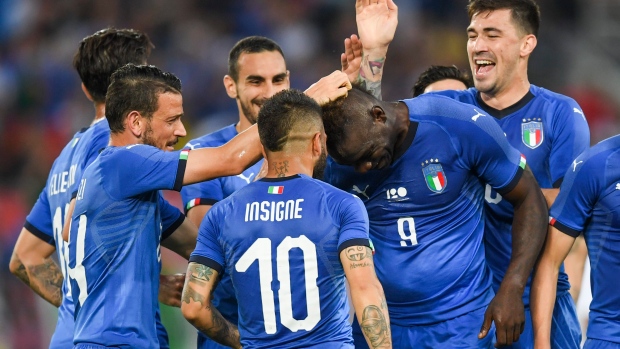 ROME — Mario Balotelli was again left out of the Italy squad on Friday despite the Italian soccer federation president publicly calling for him to be included this week for upcoming European qualifiers against Bosnia-Herzegovina and Armenia.

Balotelli has not been called up by Italy coach Roberto Mancini for more than a year but FIGC head Gabriele Gravina had said that naming him in the squad would send a strong message after the Brescia forward was racially abused at the weekend.

Sassuolo forward Domenico Berardi was included in the 29-man squad for the first time in a year.

Italy has already qualified for next year's European Championship but victory against Bosnia on Nov. 15 would be a 10th successive win for the Azzurri, beating the national team's record set under Vittorio Pozzo between 1938-39.

It then hosts Armenia in Palermo three days later in its final match in Group J.