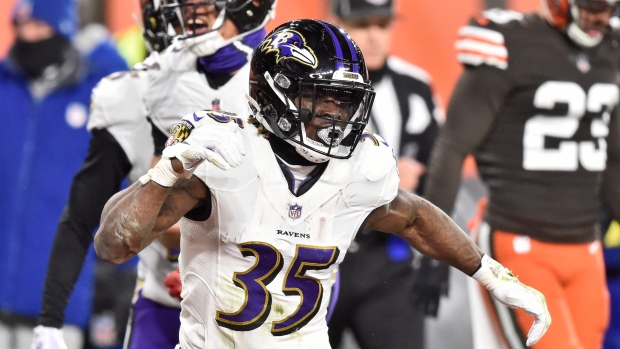 Ravens and restricted free-agent running back Gus Edwards reached agreement on a two-year, $10 million contract extension, per his agent @DrewJRosenhaus. Edwards now under contract through 2023 season.

Edwards, 26, has spent his entire career in the NFL with the Ravens after signing with the team as an undrafted free agent in 2018.

Edwards rushed for 723 yards and six touchdowns and added 129 yards receiving last season for the Ravens while making just six starts. He has totaled at least 700 yards rushing in each of his three previous seasons.