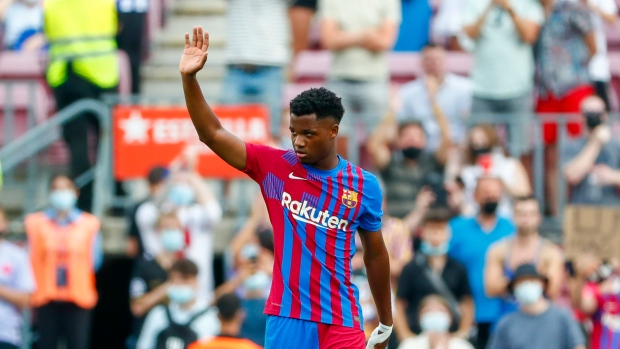 The teenager had to be replaced in the first half of extra time in Barcelona’s 3-2 loss to Athletic Bilbao in the round of 16 of the Copa del Rey on Thursday.

In addition to the Copa elimination, Barcelona recently also had setbacks in the Spanish Super Cup and in the Champions League, where it didn’t get past the group stage. In the Spanish league, the Catalan club trails leader Real Madrid by 17 points with a game in hand.

Barcelona did not give an estimate for how long Fati is expected to be sidelined.

The 19-year-old Fati has played sparingly this season Barcelona because a series of injuries. He had returned to action last week after picking up an injury in a league match in November.

He has five goals in 10 games this season. He had come on as a second-half substitute against Athletic.