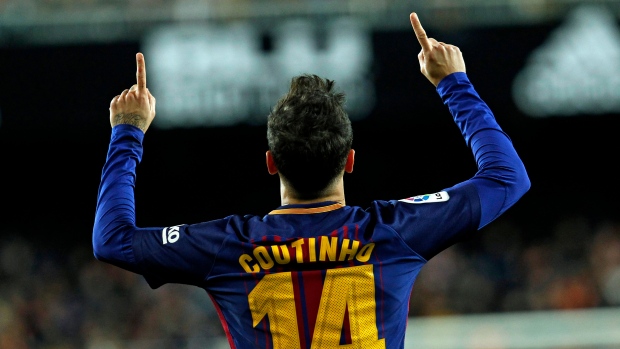 Philippe Coutinho is set for the Bundesliga.

Barcelona club director Guillermo Amor revealed on Friday that an agreement is in place for the Brazil forward to join German champions Bayern Munich.

"We can confirm that there is an agreement in principle for the loan of Coutinho to Bayern," Amor said ahead of Barca's season opener with Bilbao. "We just have to finalize the deal."

Coutinho, 27, joined Barca from Liverpool in January of 2018 in a deal that still could reach £105 million upfront with additional payments that could take the total to £142 million.

In 76 appearances across all competitions over a season and a half, Coutinho has scored 21 times.

A native of Rio de Janeiro, Coutinho had fallen out of favour at Camp Nou and had been attached with a move to a number of clubs over the summer including Arsenal, Tottenham Hotspur and a return to Anfield.

Barca had hoped to use Coutinho as a makeweight in a deal with Paris Saint-Germain for the return of Neymar.