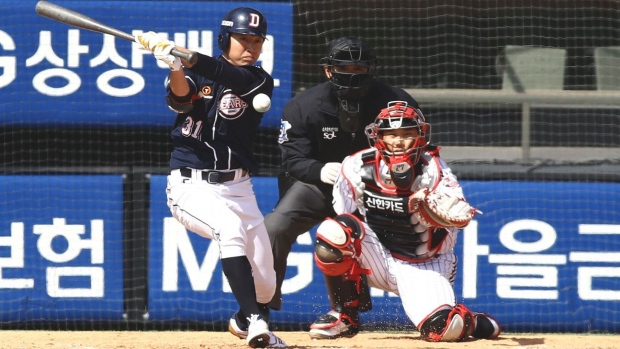 In celebration of the return of live baseball to TSN, The Lede has prepared a KBO League “lineup card” fact sheet for new fans to get up to speed:

-Need a way to pick a favourite team? Try this handy guide.
-Music matters: KBO League players walk up to bat to the tune of customized entrance music called cheer songs
-The KBO League regular season consists of 144 games; each team plays every other team 16 times
-The league boasts an intricate playoff structure:

-The league’s defending champs are the Doosan Bears, who swept the Kiwoom Heroes in the 2019 to capture their sixth KBO League title
-Most league titles: Kia Tigers (11); the Tigers have never lost in the Korean Series (11-0)
For all the latest on TSN’s programming, please check TSN.ca for the most up-to-date broadcast schedule.