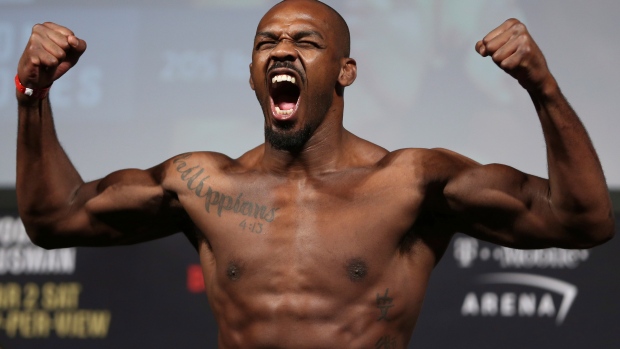 According to Michael Patrick, a spokesperson for the District Attorney's office, Jones was in court on Tuesday for a pre-trial conference where it was determined, after numerous independent witness interviews failed to corroborate accusations made in initial statements, along with the accuser who herself did not wish to cooperate in assisting prosecutors with the case, that there was not enough evidence to proceed with the petty misdemeanour battery charge.

The charge stemmed from an incident involving a cocktail waitress at TD's Eubank Showclub in Albuquerque, New Mexico, who accused Jones of slapping her private area and kissing her neck. Jones denied the accusation through a spokesperson.

Jones did reach a plea agreement with prosecutors in which he pled no contest to one petty misdemeanour of disorderly conduct.

As a result of the plea deal, Jones was sentenced to 90 days probation, which, according to the District Attorney's office, prohibits him from the intake of alcohol or illegal drugs and orders that he have no new violations.

Should Jones violate probation, he faces up to 90 days in prison.

"We are just pleased this can be put to rest and Jon can concentrate on training and his family," said Denise White, a spokesperson for Jones.

Jones last competed at UFC 239 on July 6 in Las Vegas, where he defended his light heavyweight title against Thiago Santos in a split decision victory.