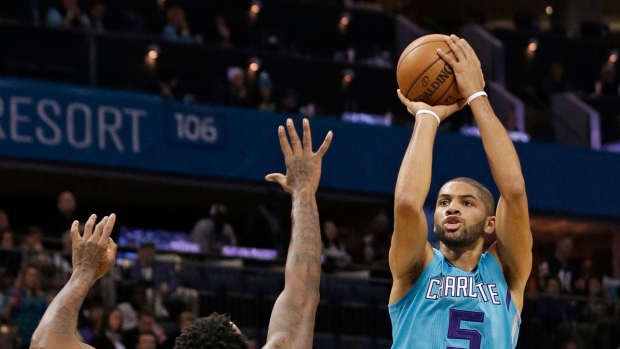 Kemba Walker added 14 points and Jeremy Lamb had 13 for the Hornets, who led 71-45 at halftime and by as many as 29 points midway through the third quarter.

But the Trail Blazers began cutting into Charlotte's lead in the fourth quarter, pulling within 98-92 on Ed Davis' layup with 2:58 remaining.

Charlotte responded with an 8-0 run, getting two free throws each by Walker and Batum and two baskets by Jefferson to push the lead back to double digits in winning its third straight home game.

Damian Lilliard had 23 points, Allen Crabbe 17 and CJ McCollum 16 for Portland, which lost its fifth straight.