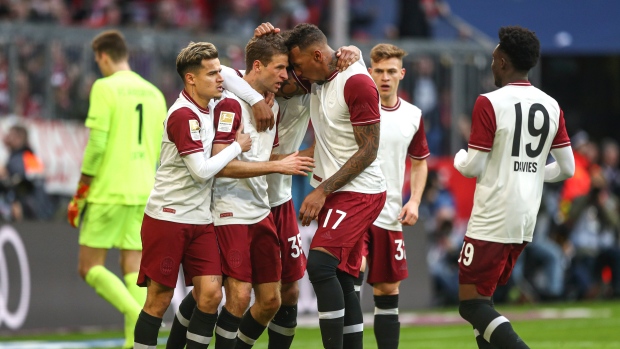 Bayern Munich's players and directors have agreed to take a 20 per-cent pay cut in order to prevent the need for the club to lay off any employees during the coronavirus (COVID-19) outbreak.

The Bundesliga has been suspended since March 8 due to the pandemic.

Bayern's move comes on the heels of Borussia Monchengladbach's players and staff doing the same a week ago, while German outlet Bild reports that Borussia Dortmund's players are currently in talks for similar action.

On top of the club's actions, a number of Bayern players have already taken action in support of charity initiatives during the pandemic.

When the Bundesliga suspended play, Bayern sat atop the table through 25 matches, four points clear of second-place Dortmund.