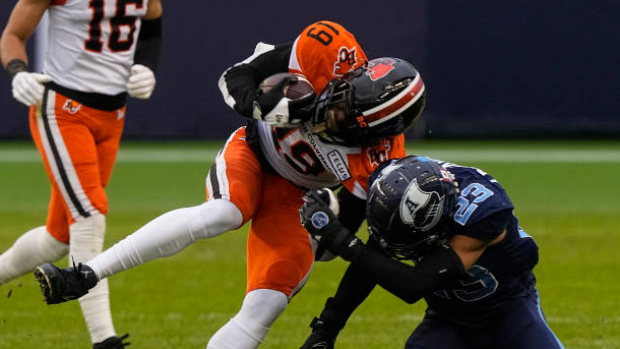 The BC Lions reached a two-year contract extension with wide receiver Dominique Rhymes on Thursday.

#BCLions have agreed to an extension with Dominique Rhymes. 2 year deal. Up to 100k in 2022, 105k in 2023. Both years include a 10k signing bonus and some playtime incentives. Was productive after returning from injury last season. @CFLonTSN @FarhanandMoj

Rhymes had 28 receptions for 411 yards and one touchdown with the Lions last season, his first with the team.

The 28-year-old spent the previous three seasons with the Ottawa Redblacks.