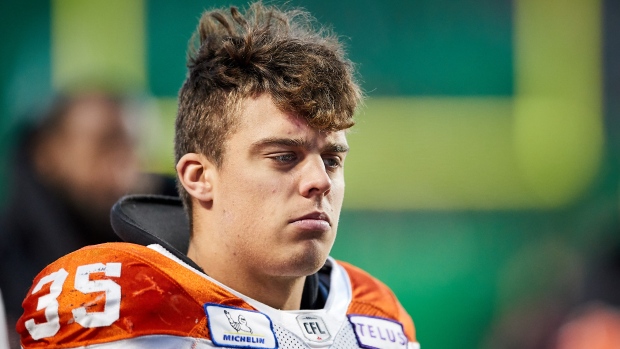 BC Lions linebacker Mitch Barnett has announced his retirement from professional football, the club announced on Thursday.

“Mitch was a great pro with us on and off the field,” said Lions co-GM and director of football ops. Neil McEvoy. "We wish him the best of luck in his next chapter in life and look forward to him being a big part of our local Lions alumni that support us at BC Place and other club events.”

Barnett, 27, joined his hometown Lions as a free agent in 2018 after two years as a member of the Hamilton Tiger-Cats. The North Vancouver native played one season with the Lions and was an integral part of their special teams unit, registering nine tackles in 18 games.

“It’s a tough decision to move on, but I’m ready for what’s next. It was outstanding to live out my childhood dream of playing football and I’m honoured to say I finished my career as a Lion,” said Barnett on Thursday morning.

Barnett was drafted by the Tiger-Cats in the seventh round, No.59 overall, of the 2016 CFL Draft.