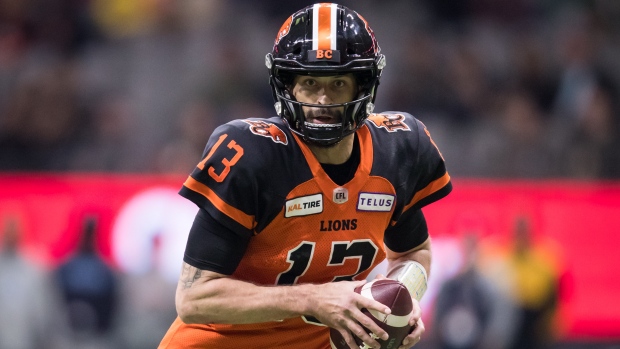 BC Lions quarterback Mike Reilly has been given a timeline of six-to-eight weeks for full recovery after fracturing his left wrist against the Edmonton Eskimos on Saturday.

The Lions announced Tuesday that Reilly underwent surgery on Sunday which included the insertion of a small plate held in place with six screws in the quarterback's wrist.

Reilly completed just one of his three pass attempts for six yards before leaving the game. With the 19-6 loss, the Lions were eliminated from playoff contention.

The 34-year-old Reilly joined the Lions in the off-season after signing a four-year deal with the team in free agency. He has thrown for 3,897 yards and 20 touchdowns with 15 interceptions this season.

Reilly, who has an all-star nomination in his nine-year career, spent six seasons with the Eskimos before joining the Lions last off-season. He helped the Eskimos win two Grey Cups during his time with the team. The native of Kennewick, Washington spent the first two seasons of career with the Lions.