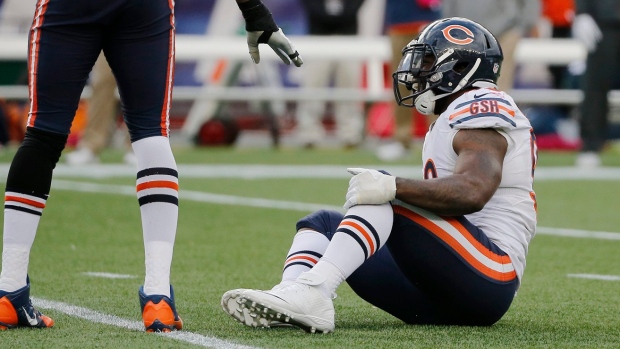 LAKE FOREST, Ill. - Chicago Bears defensive end Lamarr Houston will miss the remainder of the season after he ruptured the anterior cruciate ligament in his right knee while celebrating a late sack in a blowout loss.

General manager Phil Emery confirmed the injury on Monday. He says Houston will have surgery once the swelling goes down.

Houston was injured celebrating a sack — his first of the season — against backup quarterback Jimmy Garoppolo late in Sunday's 51-23 loss at New England. The Bears were trailing by 25 with about 3 minutes left when it happened.

Emery says the Bears are "disappointed for him and in him."

He also says starting guard Matt Slauson will miss the remainder of the season with a torn pectoral muscle.