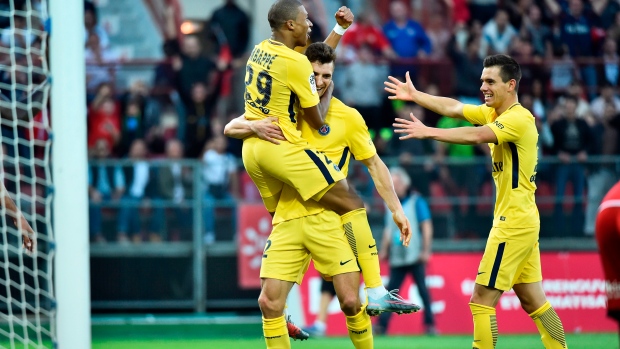 Belgium defender Thomas Meunier has joined Borussia Dortmund on a free transfer from Paris Saint-Germain, the club announced on Thursday.

Meunier, 28, has signed a four-year deal with the club and will officially join when his contract with PSG runs out on Monday.

"Borussia Dortmund plays exactly the football that I want to play: exciting, authentic and natural," Meunier said in a statement.

A native of Sainte-Ode, Meunier spent the last four seasons at PSG, making 128 appearances across all competitions. With the team, he won three Ligue 1 titles.

"Meunier is a player who has proved his quality at the highest level," Dortmund sporting director Michael Zorc said in a statement.

Internationally, Meunier has been capped 40 times by the senior team and was a member of the Belgium side that finished in third place at the 2018 World Cup in Russia.