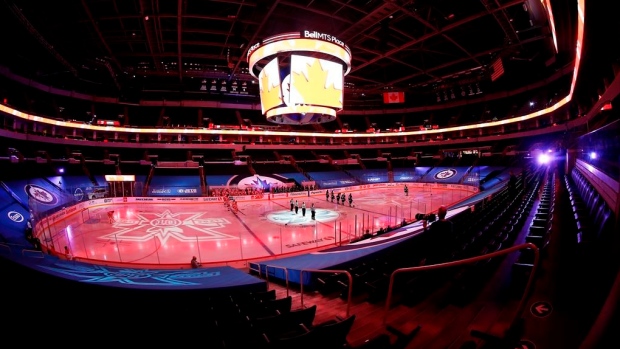 A look at what’s happening around the majors Wednesday:

The Oakland Athletics hope for good news on pitcher Chris Bassitt after the right-hander was carted off the field Tuesday night. Bassitt was struck on the side of the head by a line drive against the Chicago White Sox.

In the second inning, Bassitt threw an 89.5 mph cut fastball that Brian Goodwin drove right back up the middle. Bassitt went down on the mound right after he was hit, holding his head, and his teammates quickly waved to the dugout for assistance.

As players on each side looked on, Bassitt was attended to by an Oakland trainer and other personnel before he was helped into the back of a cart while holding a towel to his face. A’s center fielder Starling Marte had his hands on his head as Bassitt was driven by him.

The team said Bassitt was “conscious and aware,” and was taken to a hospital.

Although Shohei Ohtani's home run pace has slowed in the second half of the season, the two-way sensation's pitching is on the upswing.

Ohtani has won three consecutive mound starts and will try to extend that streak when his Los Angeles Angels play the middle game of a three-game series at Detroit.

Ohtani leads the majors with 39 homers, though he's hit just two in August and six since the All-Star Game at Coors Field, where he made history by batting leadoff and starting on the mound.

In five mound starts since July 6, he's 4-0 with a 1.69 ERA. He allowed two runs over six innings in a win against Toronto last Thursday and wasn't entirely satisfied.

“I feel like I really haven’t hit my potential yet,” Ohtani said after that outing.

Giancarlo Stanton and the New York Yankees go for a three-game sweep of Boston after winning both games of a day-night doubleheader Tuesday to move percentage points ahead of the rival Red Sox for an AL wild-card spot.

The Red Sox had seemingly snapped out of a 3-11 slump when they swept last-place Baltimore in three games last weekend. Now, Boston is suddenly out of postseason position after leading the division for much of the season.