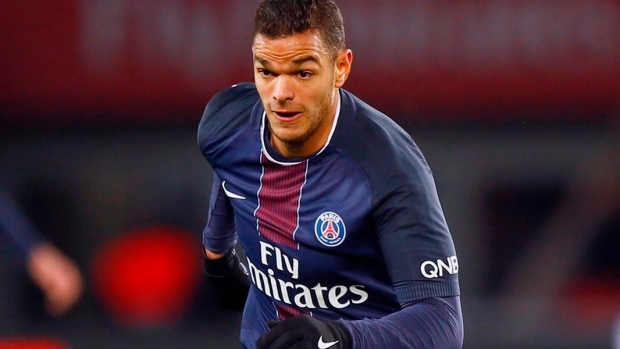 PARIS — Winger Hatem Ben Arfa continued his return to form with a fourth goal in 10 league games as Rennes beat Dijon 2-0 Saturday in the French league.

The 31-year-old Ben Arfa joined Rennes this summer after a miserable two-year spell with Paris Saint-Germain, where he hardly played and was banished to the reserves last season.

But now he is successfully relaunching his career and showing glimpses of his undoubted ability. Three days ago he scored a superb individual goal against his former club in a 2-0 win at Lyon.

On Saturday, Ben Arfa completed the scoring with a 90th-minute goal after midfielder Benjamin Bourigeaud had netted in the 69th.

The win moved Rennes up to ninth place.

Meanwhile, last-placed Guingamp lost 2-1 at home to Amiens in the only other match played Saturday amid security concerns across the country. The two games played were held in the Brittany region.

The eagerly awaited French Riviera derby between Thierry Henry's Monaco and Patrick Vieira's Nice on Friday, as well as Paris Saint-Germain's home game against Montpellier on Saturday, were among a total of six matches called off this weekend.

The games were postponed because of anti-government protests this weekend in Paris and other parts of France following weeks of unrest in the wake of a fuel tax hike.

On Sunday, second-placed Lille hosts midtable Reims, and Alsace-based Strasbourg — which held PSG to a 1-1 draw on Wednesday — faces struggling Normandy side Caen.