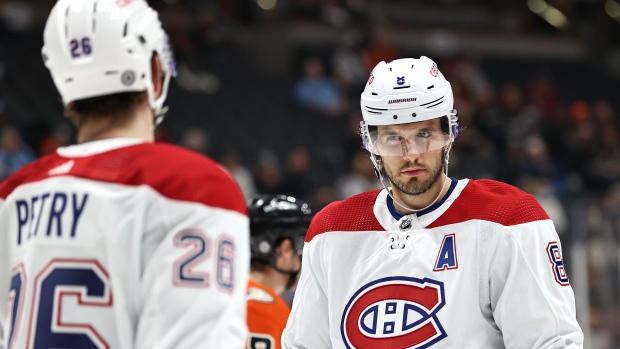 Ben Chiarot may have played his last game for the Montreal Canadiens.

Canadiens head coach Martin St. Louis confirmed that Chiarot will not play Tuesday against the Arizona Coyotes due to a "management decision" as the trade deadline looms.

Smart decision. You don't want to risk injury at this stage. Trade talks have escalated on Chiarot the last few days... https://t.co/tgNOkaiuni

Chiarot, who carries a $3.5 million cap hit as a pending unrestricted free agent, is listed at No. 3 on the TSN Trade Bait board.

The 30-year-old has seven goals and 18 points in 54 games this season. He had one goal and seven points in 41 games last season and added one goal and two points in 22 playoff games, helping the Canadiens reach the Stanley Cup Final.

Selected in the fourth-round of the 2009 draft by the Atlanta Thrashers, Chiarot has 29 goals and 110 points in 469 career games.