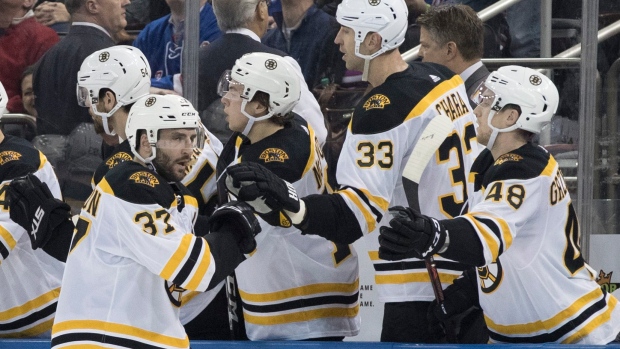 Patrice Bergeron of the Boston Bruins, Ryan O'Reilly of the St. Louis Blues and Mark Stone of the Vegas Golden Knights are finalists for the NHL's Frank J. Selke Trophy, as the league's most defensive forward.

Stone, 26, had 33 goals and 40 helpers over 77 games with the Ottawa Senators and Golden Knights. He's been on fire in the playoffs, netting six goals and four assists over just four games.

O'Reilly and Stone have never won this award.