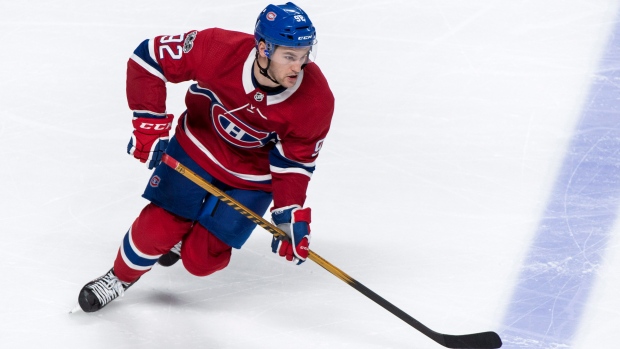 The Montreal Canadiens are moving Jonathan Drouin back to the wing this season and will test off-season addition Max Domi at centre instead.

The general manager noted, however, that the door remains open for Drouin to move back to centre at some point.

“We have an option; I think the first half last year he had a hard time at that position,” Bergevin said of Drouin. “I thought the second half, especially towards the end, he got better and better. We’re going to try Max in the middle because he did play some centre in Phoenix last year. But we like to try that for now, but we know that we could always put (Drouin) in the middle if need be. So, it just gave us more options.”

Domi was acquired in June from the Arizona Coyotes in exchange for Alex Galchenyuk, who will also play centre for his new team. The 23-year-old posted nine goals and 45 points in 82 games last season, playing mostly left wing.

Drouin, acquired a year ago from the Tampa Bay Lightning, had 13 goals and 46 points in 77 games last season for the Canadiens. He finished the season with a minus-28 rating.