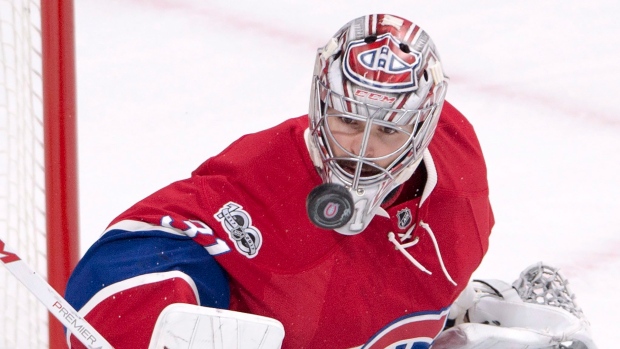 Talks on a contract extension between the Montreal Canadiens and goaltender Carey Price are set to resume next week.

TSN Hockey Insider Pierre LeBrun reports that the plan is for Price's agent, Gerry Johansson, and Canadiens GM Marc Bergevin to speak about a new deal.

LeBrun says the pair also chatted at the World Championship in Paris earlier this month. He tweeted that both sides are eyeing a July 1 deal if possible.

As mentioned on RDS, plan is for Price's agent Gerry Johansson and Habs GM Marc Bergevin to chat next week. https://t.co/fyZk7lmYGw

They also chatted at worlds in Paris. No real negotiations yet. Lots of time still. Both sides eyeing July 1 deal if possible

Price has one year remaining on a six-year, $39 million contract that he signed in the summer of 2012. He is set to earn $7 million next season with a cap hit to the Canadiens of $6.5 million.