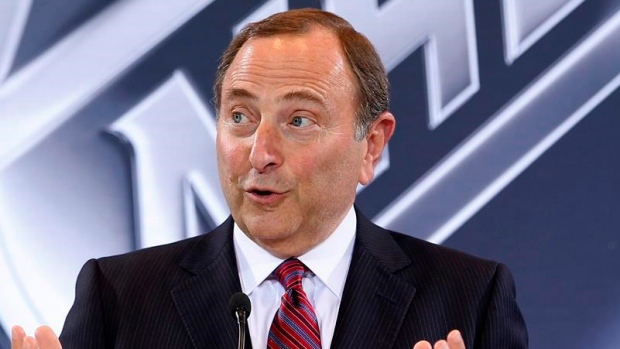 League attorneys have filed Bettman's letter to Connecticut Sen. Richard Blumenthal with U.S. District Judge Susan Richard Nelson, who's presiding over a class-action concussion lawsuit against the NHL. Bettman's 24-page response to Blumenthal was dated Friday. He said research on the link between concussions and chronic traumatic encephalopathy "remains nascent."

The Connecticut Democrat had written June 23 to Bettman about the league's stance on CTE.

Blumenthal cited in his letter the discovery of CTE in the brains of six former players after their deaths in recent years. He is the ranking member of the Senate subcommittee on consumer protection, product safety, insurance and data security.

Bettman angered many former players last year with comments following the death of former NHL defenceman Steve Montador at age 35. Montador suffered from CTE, a diagnosis that can only be made after death. His family filed a lawsuit against the league that was eventually consolidated with the current class-action case.

In writing to Blumenthal, Bettman maintained a dismissive stance.

"The confusion in the press about CTE - no doubt further fueled by plaintiffs' counsel in the NHL litigation - relates to the simple and incontrovertible fact that none of the brain studies conducted to date can, as a matter of accepted scientific methodology, prove anything about causation, a primary subject of your letter," Bettman said.

The concussion lawsuit was formed two years ago. More than 100 former NHL players have sued the league in allegation that it had the resources to better prevent head trauma, failed to properly warn players of such risks and promoted violent play that led to their injuries.