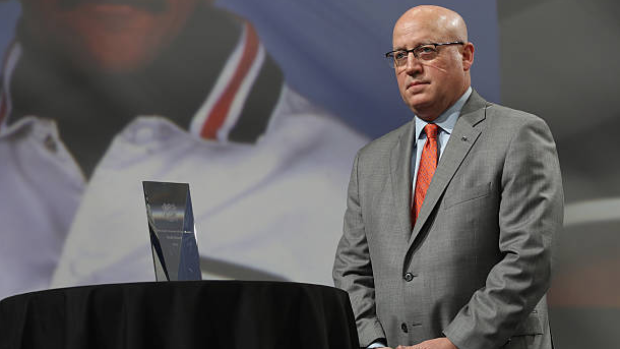 National Hockey League deputy commissioner Bill Daly told TSN Hockey Insider Pierre LeBrun in an interview with The Athletic that a decision on a potential June draft could come in the next few days but is more likely to happen next week.

"I do anticipate, obviously, at some point, whether it’s this week or next week, probably more likely next week, you’re going to have to make a decision. But nothing is imminent," Daly told LeBrun.

LeBrun writes that a memo sent to all 31 teams on May 1 made it seem like a draft in June as opposed to after the end of the season – if there is one – was likely to happen but there has been a clear momentum slowdown ever since last week's board of governors call.

Meanwhile, another idea that's been in the spotlight the last several weeks has been the 'hub city' concept.

Several NHL teams, including the Edmonton Oilers, are working to present their home cities as options for a possible centralized return to play. Daly says the league still has a lot of vetting to do, if they decided to go that route.

“I would say we’re starting to cut down the list, but the list is still far greater than the number of cities we’re going to use or need,” Daly said. “If that’s the ultimate scenario, which I’m not ready to concede at this point, either.”

LeBrun writes that teams playing in their own arenas could still be an option.

As for what the timing of everything might be, Daly said the league does not have a specific date in mind for a return.

“We haven’t even moved into our contemplated Phase 2 yet. So until we do that, and from there, we have training camp, I think it’s a little bit too early to be handicapping when we might be playing games," he said.

The NHL paused its season on March 12, one day after Utah Jazz centre Rudy Gobert tested positive for COVID-19 and brought the NBA's season to a halt.