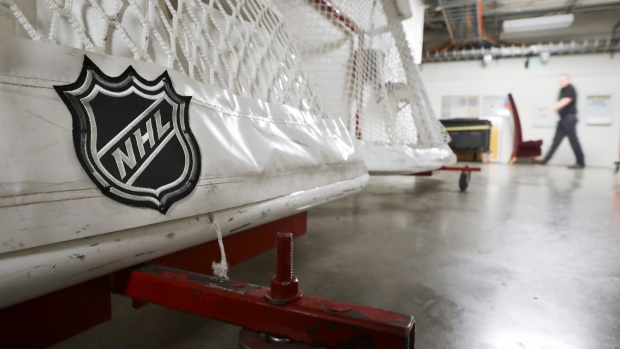 At least Bill Daly's commute is a lot easier.

That's perhaps the only silver lining for the NHL's deputy commissioner amid the COVID-19 pandemic that's swept the globe, crippled economies and forced sports leagues to suspend operations indefinitely.

Daly — commissioner Gary Bettman's right- and left-hand man — has helped navigate labour unrest, including two lockouts, in a career with the NHL stretching back to 1996. There's been expansion, relocation and tough negotiations.

"Important issues are at stake, so everybody wants to do the right thing."

The NHL, which like most other professional leagues paused its season last week, is far down the list of priorities in this new world gripped by the novel coronavirus outbreak that's already killed thousands of people around the world.

There are, however, lots of hockey questions and not many answers in a fast-moving situation.

Daly said the league has been in near-constant communication with the NHL Players' Association, its teams, general managers and medical experts. The NHL also had its first confirmed case of COVID-19 this week when a member of the Ottawa Senators tested positive, and it's safe to assume more will follow.

"Surprisingly very busy," Daly said of how his days currently look in a phone interview with The Canadian Press. "And right now it's all coronavirus-related. I'm hoping to get to a point that I'll be able to turn my attention to some of the other things I need to get done.

"Since we hit the pause button, it's been a full-time job ... all related to coronavirus."

One unknown — and there are many — is what this all means to the NHL's bottom line.

The league announced earlier this month the salary cap could jump as much as US$6.7 million next season, which was no doubt music to the ears of general managers, players and fans.

It was also before COVID-19, coronavirus, social distancing and self-quarantine were household phrases.

The cap, which is tied directly to hockey-related revenue (HRR) as laid out in the collective bargaining agreement between the league and the NHLPA, was set at $81.5 million for the now-paused 2019-20 campaign.

The league projected it would rise to between $84 and $88.2 million in 2020-21, but if the remainder of the regular-season and playoffs is shortened or cancelled — play won't resume until mid-May, at the earliest — that will be a major hit to the coffers.

Daly, however, stressed the cap number is way down the list of current concerns, suggesting the final dollar figure might not be firmly linked to HRR in these unprecedented modern times.

"(It's) really somewhat artificial because it is a function of what we and the players' association agree it to be," he said. "What that means, what that number is, whether it can fit existing contracts and the like is all something that ultimately we're going to have to work out.

"It's important, but there are a lot of other things we have to focus on."

That includes the immediate health of players, staff and league employees, and the seemingly-countless permutations of what a resumption of the schedule might look like, including a post-season that could stretch into late August and even September.

Will the schedule resume in some form followed by the playoffs? Will the NHL go right to a post-season with the usual 16 teams? What about an expanded 20- or 24-team field? Or something else?

If the games do return in the months ahead, it's crucial the NHL avoids an symbolic asterisk on the Stanley Cup, which has been handed out every year since 1893 except for 1919 because of the Spanish flu outbreak, and 2005 when a lockout wiped out the entire season.

"You want to make sure that whatever you come up with is a system that has integrity and that's fair," Daly said. "Those are the two important touch points to keep in mind when you're designing something. In terms of having an asterisk and whether we resumed the regular season, the lowest number of games that any team has played in the regular season this year is 68. That's a meaningful season.

"Whether our playoff format can mirror that legitimacy is something we'll have to ensure."

Paramount to the league is an 82-game schedule in 2020-21, while the needs of national broadcasters — the Summer Olympics are, as of now, still on — whether fans will be allowed to attend games and building availability are all moving targets.

"I'm really not positioned a week into this to rule out anything," Daly said. "The possibilities on how this plays out and what we're able to come up with as an end to the 2019-20 season is almost endless."

Daly and Bettman concluded the GM meetings in Boca Raton, Fla., on March 4 by saying the league was paying close attention to the coronavirus.

But life, as the saying goes, moves fast.

"I've never seen anything quite like it," Daly said. "There was serious concern about the situation. But I certainly didn't see it unfolding and unravelling as quickly as it did from the point that we ended that meeting to having to pause the season roughly one week later.

This report by The Canadian Press was first published March 20, 2020.