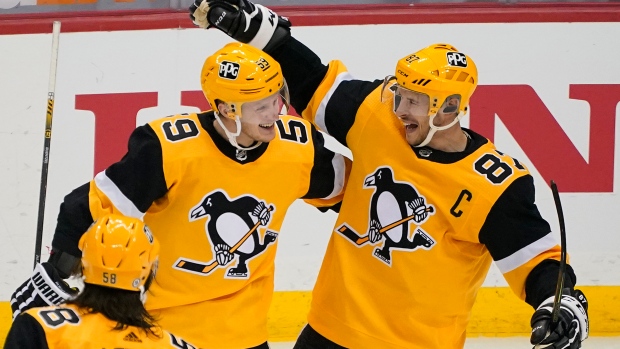 NHL Deputy Commissioner Bill Daly says the Stanley Cup Playoffs might start this coming weekend before the end of the regular season in the North Division.

The three American-based divisions will have their regular seasons all wrapped up by Thursday with Daly saying opening round playoff series in those divisions could start as early as Saturday. The North Division schedule wraps up with three games between the Vancouver Canucks and Calgary Flames from May 16-19.

"We've been waiting to try to complete the regular season and have as much information as we possibly can have, but it looks like we're tracking toward being able to open our playoffs this coming weekend, likely as early as Saturday," Daly told NHL.com. "Our current expectation is that we'll play out the regular season and that the playoffs in the North Division will not officially start until after the conclusion of regular-season games in that division. I would assume that would be very soon thereafter. It could be the same day."

The regular season was originally scheduled to close on Sunday, but various COVID-19 outbreaks, including with the Canucks, forced the schedule to be adjusted.

The first two rounds of the playoffs will be played by teams exclusively within within the same division. The NHL has applied for an exemption with the Public Health Agency of Canada to allow Canadian and United States-based teams to cross the border without quarantining for the conference finals.

"We're at the stage where our Canadian clubs are currently working with their local and provincial health agencies to get support for that application, and that's in process," Daly said. "We would hope that we're in a position maybe by the end of the first round of the playoffs to know where we'll be come the third round of the playoffs."