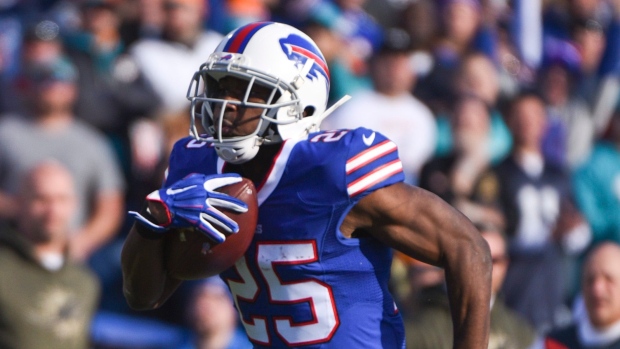 ORCHARD PARK, N.Y. - Buffalo Bills running back LeSean McCoy is expected to play, though it's uncertain who will be available to block for him against the New York Jets on Thursday night.

The Bills on Wednesday listed McCoy's status as probable after he was limited in practice because of a sore right shoulder. McCoy was hurt in the fourth quarter of Buffalo's 33-17 win over Miami on Sunday.

Starting left tackle Seantrel Henderson and backup Cyrus Kouandjio are listed as questionable. Henderson has an undisclosed illness, and Kouandjio has missed one game because of a knee injury.

The Bills (4-4) have two other tackles on their roster: starting left tackle Cordy Glenn and backup Jordan Mills.