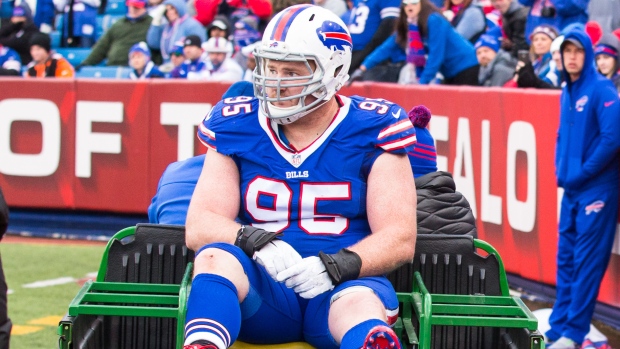 Ryan provided the prognosis following practice Saturday after revealing Williams experienced a setback in his recovery.

Williams will miss his fourth straight game after being already ruled out from playing at New England on Monday. The four-time Pro Bowl selection was hurt when a teammate rolled onto his left leg in a 34-21 loss to Cincinnati on Oct. 18.

Updating the status of other players, Ryan says left guard Richie Incognito will play Monday even though he's listed as questionable because of a shoulder injury.

Defensive back Leodis McKelvin will also play. He practiced Saturday after missing two days with an illness.