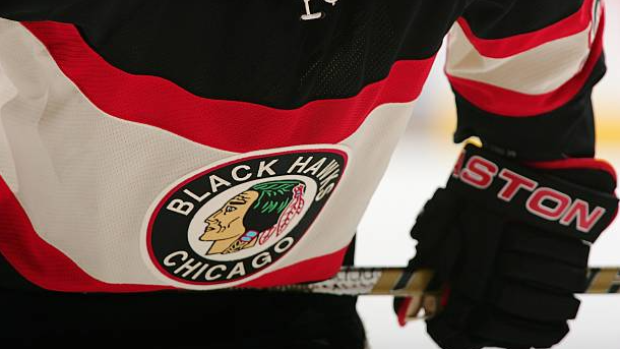 Chicago Blackhawks senior management allegedly refused to file a report to Chicago police during the 2010 Stanley Cup playoffs after two players claimed a video coach who worked with the franchise had sexually assaulted them, according to a person familiar with the matter.

During a May 2010 meeting with then-Blackhawks president John McDonough, vice president of hockey operations Al MacIsaac, general manager Stan Bowman and team sports psychologist James Gary, then-skills coach Paul Vincent shared what the players had told him about being assaulted and asked the team executives to contact the sex crimes division of the Chicago police, the person said, adding that the request was denied.

None of these members of Blackhawks’ management were identified or referenced in a lawsuit filed last month in an Illinois court by an unnamed former Blackhawks player. The player alleged in the suit that the team ignored allegations that he and an unidentified teammate were sexually assaulted in separate incidents by video coach Brad Aldrich.

TSN has identified the players but has a policy of not reporting the names of alleged sexual abuse victims without their permission.

The plaintiff, who is referred to as “John Doe” in court documents, alleged that Aldrich, who no longer works for the Blackhawks, also sent him “inappropriate text messages” and threatened him “physically, financially and emotionally” if he “did not engage in sexual activity.”

After the lawsuit was filed, TSN was contacted by a person familiar with the players’ decision to report the alleged incident to team management and a subsequent management meeting in which a plea to contact police was denied.

Susan Loggans, a lawyer for the plaintiff, said in an interview with TSN that the person’s account is consistent with what she has been told by an unidentified independent witness in the case. Loggans said she plans to call the witness to testify about the Blackhawks’ alleged cover up of the abuse and said she may ask a judge for that testimony to happen behind closed doors if the case goes to trial.

Loggans also confirmed that her client has told her that he and another Blackhawks teammate were abused at Aldrich’s apartment in separate incidents during the 2009-10 season.

“With respect to this being an active litigation matter, it is not appropriate for us to comment,” Rogowin wrote in an email to TSN.

In a statement of defence filed June 14, Blackhawks lawyer John Stiglich wrote that the case should be dismissed because of the state’s statute of limitations laws. In Illinois, adult plaintiffs in sexual abuse lawsuits must file their claims within 300 days of an alleged incident or the memories of an incident returning if the person has repressed it, Stiglich wrote.

Stiglich wrote that even if the plaintiff repressed his memories of the alleged incident with Aldrich until July 2019, he needed to file his lawsuit before April or May 2020 to avoid statute of limitations issues.

The person familiar with the matter who contacted TSN said that the two Blackhawks players approached Vincent, a one-time Massachusetts police officer, on May 16, 2010, before the opening game of the Western Conference finals between Chicago and San Jose.

The players allegedly told Vincent that on separate occasions Aldrich had gotten them drunk in his apartment, watched pornography, and then tried to perform oral sex on them. After the players shared their stories with Vincent, the then-Blackhawks skills coach asked Gary, the team’s sports psychologist, to follow up with the players, the person said.

According to the former Blackhawks player’s lawsuit, Gary allegedly convinced at least one of the former players “that the sexual assault was his fault, that he was culpable for what had happened, [and had] made mistakes during his encounter with the perpetrator and permitted the sexual assault to occur.”

On May 17, 2010, an off day and one day after the players shared their story with Vincent, Blackhawks management convened a meeting at the Marriott Hotel in San Jose at about 5 p.m., said the person who contacted TSN.

During that meeting, Vincent requested that the team report the alleged assault to Chicago police and asked his colleagues, “What would you do if this had happened to your son?” the person said. Vincent’s request was rejected, the person said.

Aldrich remained with the team through the playoffs and later posed for a photo with the Stanley Cup, the person said, before he left the Blackhawks.

Aldrich worked for the Blackhawks for two seasons, beginning in 2008, after he was an assistant coach at the University of Notre Dame. In February 2010, he also worked as a video coach for the U.S. Olympic Team during the Winter Games in Vancouver.

“In the eyes of a player, even a video coach has the potential power to influence how much playing time they are going to get,” said Brenley Shapiro, a Toronto-based mental performance consultant, who works with the NHL’s Arizona Coyotes and the Ontario Hockey League’s Peterborough Petes.

“A player doesn’t know how much a video coach might talk to the head coach and how much input a video coach has on the team,” Shapiro said in an interview. “Athletes are taught from a young age to respect and listen to their coaches and in the sports setting, a predator will choose his prey carefully, often targeting someone who is more vulnerable, someone who doesn’t have an established position with the team, someone who is struggling to make it, someone who has come to trust them.”

Following the Blackhawks’ 2010 Stanley Cup win, Aldrich left the Blackhawks. The official reason, according to media reports at the time, was to pursue other employment opportunities.

In July 2012, Aldrich was hired as the director of hockey operations for the Miami University in Oxford, Ohio, before later joining a high school hockey team’s coaching staff in Houghton, Mich.

In October 2013, Aldrich was charged and convicted of criminal sexual conduct related to a March 2013 incident involving one of the 17-year-old players he coached.

In a motion to the court before his sentencing, Aldrich asked the judge to order the victim and his family to substantiate the $1,468.51 on psychological counselling and also asked the judge for leniency.

“This case involves a drunken encounter last March in the hockey post-season between a 31-year-old volunteer hockey coach and a 17-year-old player, during which some sexual touching and a brief instance of oral penetration occurred,” Aldrich’s Jan. 17, 2014, motion says.

“Although the victim says that the encounter was non-consensual, the defendant has always maintained that it was consensual experimentation, though illegal because the victim was under 18 and the defendant had a position of authority as a volunteer coach.”

Even after the assault, Aldrich alleged that the victim asked to use his car and buy alcohol and tobacco for him.

“Those these post-offense acts do not render the illegal act legal, they do call into question the level of victimization portrayed in the [victim impact statement],” Aldrich’s motion says.

Aldrich also argued the judge should be lenient because “the defendant admitted to only one instance of oral penetration that lasted mere seconds. The victim’s statement to law enforcement corroborated that single penetration.”

Aldrich challenged a probation agent who argued that Aldrich had “violated community trust” because of his volunteer coaching status.

“What made the defendant’s sexual contact with the victim criminal was his status as a volunteer coach,” Aldrich’s motion says. “That status does not make him worse than average, it makes him simply average. It is worth pointing out that this incident occurred after the hockey season was over at a ‘minor drinking party’ where only hockey players were present. The fact that the defendant was welcome at such an event suggests that the players viewed him in a different, less authoritative light than they would a teacher, principal, janitor, or even the average coach, let alone the head coach.”

Aldrich, who is now 38, was sentenced in February 2014 to nine months in prison and five years of probation. He completed his probation period in 2019 and is now a registered sex offender in Michigan, court records show.

Weeks after the former NHL player sued the Blackhawks, the team was served with another lawsuit by his victim in Houghton.

That plaintiff, known in court records as “John Doe (2),” alleged that the Blackhawks provided Aldrich with a positive reference letter when he left the NHL team. That alleged letter, the victim said, gave Aldrich the opportunity to assault him.