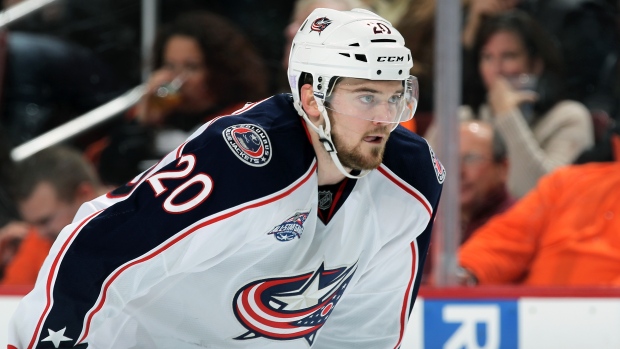 The Chicago Blackhawks have sent forward Jeremy Morin to the Columbus Blue Jackets in exchange for defenceman Tim Erixon.

Morin has eight goals and eight assists in 54 career NHL games, as well as posing 15 penalty minutes in 15 games with the Blackhawks this season.

"Jeremy is a young, strong forward with a very good shot, who has been a productive offensive player throughout his career," said Blue Jackets GM Jarmo Kekalainen. "Given our depth at defense, this was an opportunity for us to add a very good player with a lot of potential on the other end."

Erixon has a goal and five assists in 19 games this year for the Blue Jackets.  The 23-year-old was drafted 23rd overall in the first round of the 2009 NHL Entry Draft.