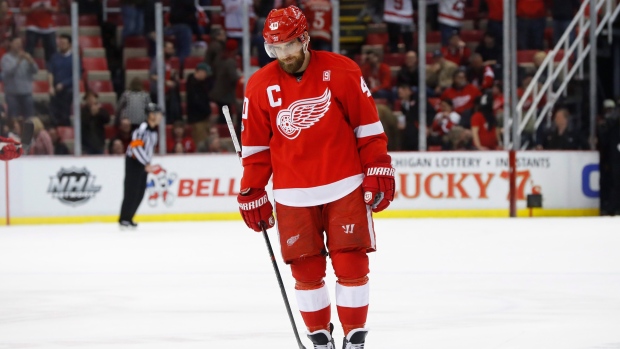 Detroit Red Wings head coach Jeff Blashill all but confirmed Sunday that the team will not have captain Henrik Zetterberg for the 2018-19 season dude to lingering back issues.

Zetterberg appeared in all 82 games last season, but his playing future has been in doubt throughout the off-season.

"He'll come into camp and we'll see," Blashill told MLive. "I know it's been a hard summer for him. I know he hasn't really been able to train. He gutted it out for two months at the end of the year and it was amazing to see. But it's one thing to gut it out for two months, it's another thing when you haven't been able to train at all to be able to play an NHL season. I know it's been a real hard summer and I know ... there's lots of doubt to where he'll be at."

Despite not missing a game last season, Zetterberg did not practise with the Red Wings during the second half of the season and he's struggled to work out this summer.

"Henrik's message to me is that his back has not reacted well, that he hasn't had an opportunity to really train," Blashill said. "For me, there's lots of doubt because I don't know how you go through not being able to train and then be able to play an NHL season. I think it's almost impossible.

"All signs indicate to me right now that it'll be very difficult for Henrik to be able to play."

Blashill said that Zetterberg's final status will be determined when the team reports for training camp. If Zetterberg isn't cleared then, Blashill doesn't expect him to play at all this season.

"If he comes into camp and is in a spot where he's not cleared, I wouldn't plan on him for the rest of the year," Blashill said. "That would be my take because I don't know how you go from not being able to train and then not cleared to all of a sudden being cleared [later in the season]. My thought process would be that he's either going to get to a point where he can play, or he can't play. And if it's a point where he can't play, then we'll continue to move on without him."

Zetterberg, who will turn 38 in October, posted 11 goals and 56 points last season.

Blashill said that if Zetterberg is not a part of the team's lineup, one option would to move Andreas Athanasiou to centre to help fill the hole in the depth chart.