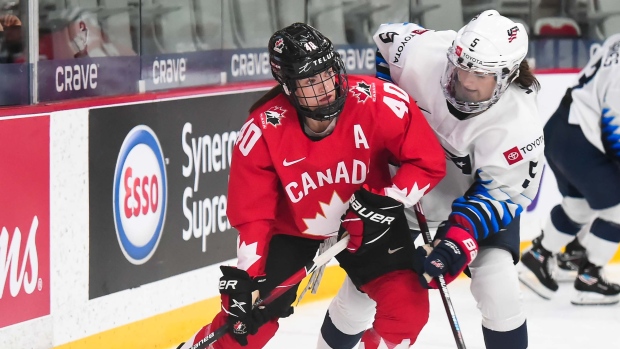 Canadian forward Blayre Turnbull suffered a broken fibula during the team’s celebration after winning gold at IIHF Women's World Championship on Tuesday, according to a report by TSN’s Meaghen Johnson.

Turnbull is expected to be back skating in 6-8 weeks.

According to sources, Blayre Turnbull suffered a broken fibula during last night’s celebration.

The good news: it’s a clean break and she’s expected to be back skating in 6-8 weeks.

The 28-year-old was seen down on the ice as the team celebrated Marie-Philip Poulin’s overtime winner that gave Canada the victory over Team USA in the gold-medal game.

After leaving the ice, Turnbull returned to receive her medal and for the playing of the Canadian anthem on a stretcher.

The Stellarton, Nova Scotia native appeared in seven games for Canada during the tournament and had an assist while being plus-5.