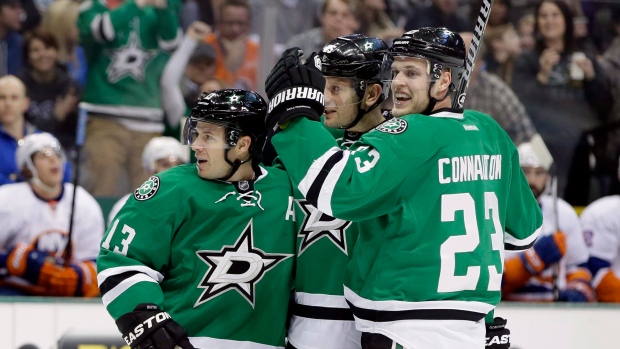 With a rash of injuries to their rearguard, Columbus Blue Jackets have claimed defenceman Kevin Connauton off waivers from the Dallas Stars.

Connauton, 24, has appeared in eight games this season for the Stars, tallying a pair of assists. A native of Edmonton, Connauton is in his second NHL season, after splitting time last year between the Stars and their AHL-affiliate Texas Stars.

All of defencemen Fedor Tyutin (lower body), Ryan Murray (knee) and Cody Goloubef (knee) are currently on injured reserve for the Blue Jackets.

In the second year of a three-year deal, Connauton is making $683,333 this season and is set to make the same in the final year of the deal before reaching restricted free agent status.

The Blue Jackets, seventh in the Metropolitan Division, host the Detroit Red Wings on Tuesday night.