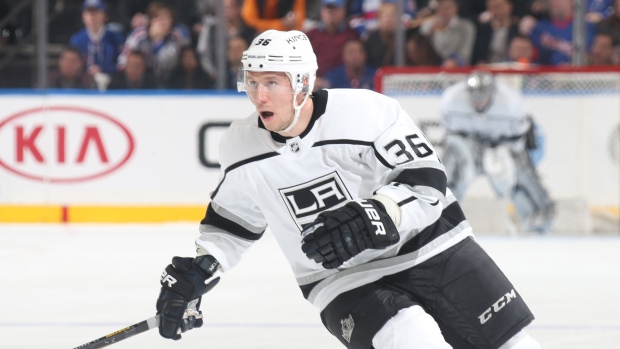 The Columbus Blue Jackets have claimed forward Jussi Jokinen after he was placed on waivers by the Los Angeles Kings Tuesday.

The Jackets have been hit with a number of injuries at the forward position this winter, losing Cam Atkinson, Brandon Dubinsky and Alexander Wennberg for extended periods of time.

"We lick our wounds and get back to work and try to get things straightened out," head coach John Tortorella said. "We just have to reset ourselves here and try to find our way."

“We’re doing this to get a guy who can step into our lineup right now," Kekalainen said, per the team's website. "We need players. We know very well he’s had a great career, and he can help us. He’s a great pro.”

Jokinen, 34, has just one goal and four assists in 18 games with Los Angeles after posting a single assist over 14 contests with the Oilers earlier this season.

The Kings sent forward Mike Cammalleri to the Oilers in that deal, and he hasn't been much better, scoring two goals and adding six assists over 25 games.

"[Jokinen has] been great. He’s been a really good teammate," Kings coach John Stevens told LA Kings Insider. "He’s come in, his attitude has been terrific. He’s like another coach in the locker room. He understands the game really well, and I just think it’s a situation where maybe some young guys are taking a step. Get an opportunity to look at some young guys and see where they’re at."

Jokinen is making $1.1 million this season and will be a free agent on July 1.