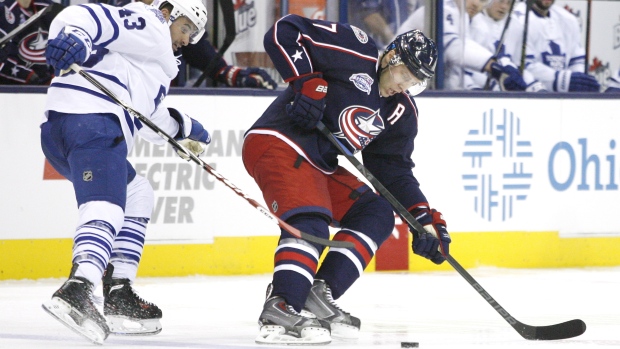 Johnson hit Tlusty with an open-ice check at 7:31 of the third period of Carolina's 4-2 win in Columbus on Tuesday. While the NHL said Tlusty was eligible to be checked on the play, it argued that Johnson unnecessarily raised his shoulder and made Tlusty's head the principal point of contact.

Tlusty was shaken up on the play and did not return to the game. Johnson was assessed a minor penalty for illegal check to the head.

It's the first time Johnson has been disciplined in his 502-game NHL career. He will forfeit US$70,276.50 in salary and will be eligible to return when the Blue Jackets visit Philadelphia on Nov. 14.