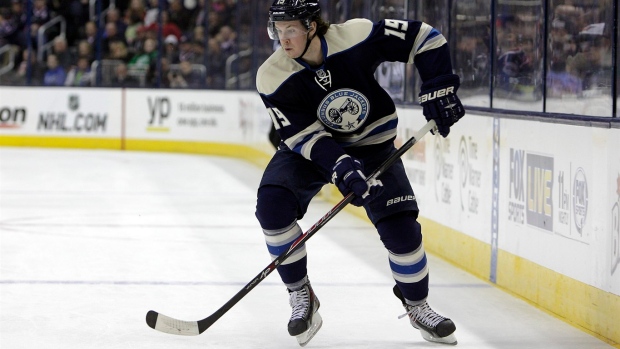 The Columbus Blue Jackets announced on Monday that they have agreed to terms on a three-year, $12 million contract with restricted free agent forward Ryan Johansen.

Johansen will earn $3 million in each of the first two seasons and $6 million in the third. The average annual value and cap hit for the deal is $4 million per season.

The deal means that Johansen will have to be qualified at $6 million for arbitration when his new deal expires.

Johansen held out from training camp while he and the team were engaged in sometimes-testy negotiations on a new deal. He led Columbus in scoring last year after a breakout season where he tallied 33 goals and 30 assists.