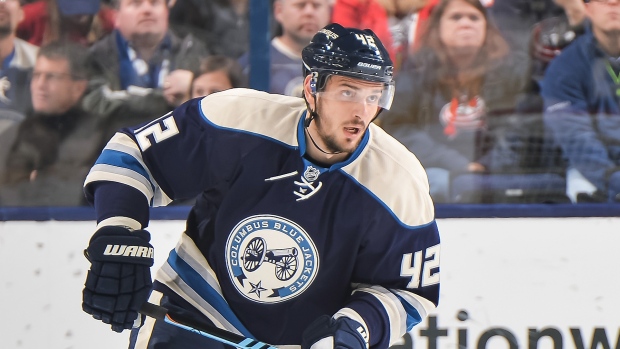 The injury bug has taken another bite out of the Columbus Blue Jackets as the team has placed centre Artem Anisimov on injured reserve with a torn triceps muscle.  He is expected to miss two to three months with the injury.

The 26-year old suffered the injury during Saturday's 2-1 loss to the Nashville Predators.  In 16 games this season, the Yaroslavl, Russia native has two goals and four assists.

Anisimov's name had surfaced recently in trades talks, with one rumour having him heading to the Edmonton Oilers in exchange for David Perron.