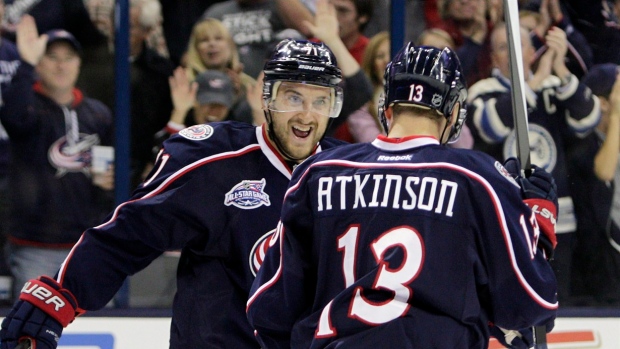 Atkinson sustained an upper-body injury Saturday against Boston and is expected to miss a week or two. He had eight goals and six assists in 33 games with the Blue Jackets this season.

Collins was scoreless in two games with Columbus earlier this season. He has 10 goals and nine assists in 28 games at Springfield.