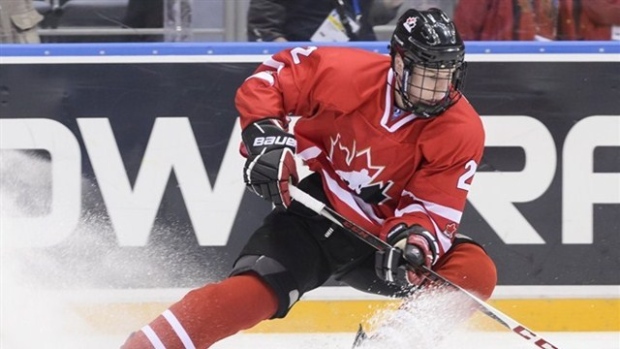 Heatherington, 19, has scored one goal and 11 assists in 38 games with the Swift Current Broncos this season.

Columbus selected the Calgary-native in the second round (50th overall) of the 2013 NHL Draft.

He was a member of Canada's gold medal-winning 2015 World Junior Hockey Championship team.