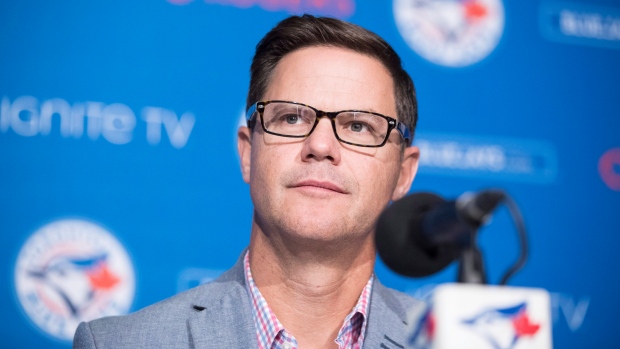 TORONTO — The Toronto Blue Jays have acquired a pair of pitchers to complete their trade with the Tampa Bay Rays for infielder Eric Sogard.

Toronto had traded Sogard to Tampa in July for players to be named later. The team announced Sunday that right-handers Edisson Gonzalez and Canadian Curtis Taylor completed the deal.

Gonzalez is 4-2 with a 2.45 ERA over 62 1/3 innings in 11 starts and two relief appearances with class-A Hudson Valley. The 19-year-old Panama native signed as an international free agent with the Rays in 2016.

Gonzalez has posted a 2.72 ERA over 158 2/3 innings over three minor league seasons at three levels of rookie ball and class-A. He has 187 strikeouts and 54 walks.

The 24-year-old Taylor, of Port Coquitlam, B.C., has posted a 3.06 ERA in 15 appearances with double-A Montgomery this season while recording seven saves in nine opportunities.

The six-foot-six pitcher was selected by the Diamondbacks in the fourth round of the 2016 draft and was traded to the Rays in 2017 in exchange for right-hander Brad Boxberger. The University of British Columbia product has a combined 2.84 ERA and 204 strikeouts over 174 1/3 innings of work across four seasons in the minors.