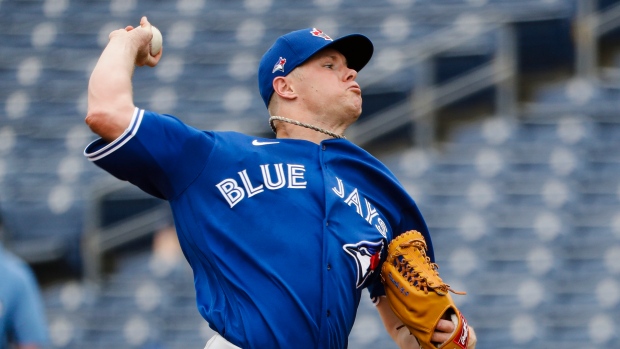 The Toronto Blue Jays have reinstated right-handed pitcher Chase Anderson from the 10-day injured list and he will be active for Saturday's game against the Boston Red Sox, the club announced on Saturday.

Anderson was placed on the 10-day injured list with a right oblique train.

The pitcher is expected to get the start and make his team debut.

To make room on the active roster, outfielder Billy McKinney has been optioned to the club’s alternate training site and added to the taxi squad.

McKinney has played in just one game this season, but has yet to record an at-bat.