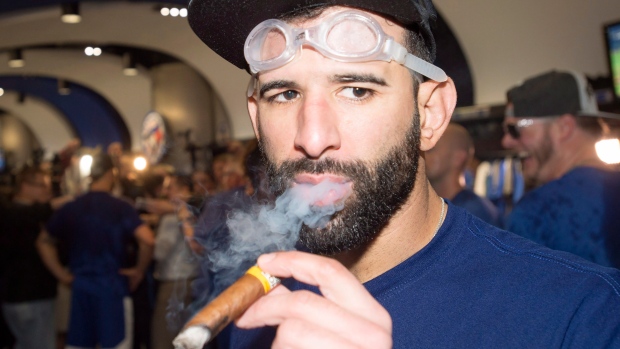 The Toronto Blue Jays are AL East champions for the sixth time in franchise history and first since 1993, which was also the last time the Jays made the playoffs. Let's take a look at Toronto's five previous clinching victories and what was happening in the world at that time including No. 1 songs, top movies and other pop culture factoids.

One of the most memorable images in Blue Jays' history came on Oct 5, 1985 when leftfielder George Bell fell to his knees after catching the final out in the ninth inning to beat the New York Yankees and clinch Toronto's first ever divisional crown. The 5-1 victory came on the second last game of the season after New York had taken the opener to pull within a single game. Doyle Alexander pitched a complete game, allowing just five hits for his 17th win of the season. The Jays had 99 wins that season, but lost to the Kansas City Royals in the ALCS in a tough seven-games series.

No. 1 Song: Dire Straits – Money For Nothing

Top Box Office Movie: Back to the Future

Top Movie of that Week: Commando

Once again the Blue Jays would clinch the division on the second last game of this season, this time beating the Baltimore Orioles 4-3. The Jays were down 3-1 going into the bottom of the eighth, but scored three runs to take the lead heading into the ninth. Toronto would give the ball to Tom Henke to close it out as "The Terminator" pitched the Jays to their second AL East title in a season that saw manager Cito Gaston join the fray after the firing of Jimy Williams and the SkyDome making its debut as the team's new ballpark. They would go on to lose to the Oakland Athletics in five games in the ALCS.

No. 1 Song: Janet Jackson – Miss You Much

The Blue Jays captured their third division championship in 1991 and once again it came at home. The Jays were down 5-4 against the California Angels heading to the bottom of the ninth until Joe Carter drove in Robbie Alomar from third-base to win the game 6-5. Both Carter and Alomar were acquired from the San Diego Padres in the offseason prior. Toronto lost to the Minnesota Twins in the ALCS.

Top Movie of that Week: The Fisher King

The Jays would win their second consecutive division title in 1992, this time one day later than the year before. The clinching game, on the second last day of the season, came in a 3-1 victory over the Detroit Tigers at SkyDome. Juan Guzman was masterful over his eight innings of work, allowing only one hit and striking out nine Tigers. Duane Ward picked up his 12th save of the season to close it out and send Toronto to the postseason again. This time they would go on to beat the Atlanta Braves in the World Series in six games for their first championship in franchise history.

No. 1 Album: Billy Ray Cyrus – Some Gave All

Top Movie of that Week: The Last of the Mohicans

Academy Award for Best Picture: The Silence of the Lambs

Sinead O’Connor rips up picture of the Pope on SNL

This was easily the least dramatic divisional clinch for the Blue Jays, mostly because it was the only one that came on the road. The Jays blanked the Milwaukee Brewers at their home ballpark 2-0 for their third straight, and last, AL East crown. Pat Hentgen pitched 7.2 innings of scoreless baseball to pick up the win while Devon White and Paul Molitor (solo home run) had the RBIs. A few weeks later, Joe Carter would round the bases at the SkyDome after hitting a walk-off home run off Philadelphia Phillies closer Mitch Williams in Game 6 of the World Series to win the Blue Jays their second consecutive championship. 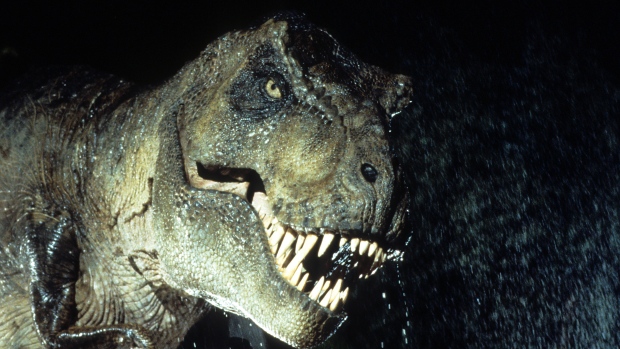 No. 1 Album: Garth Brooks – In Pieces