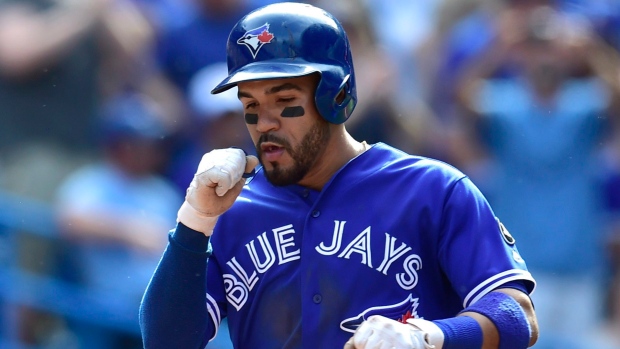 Travis underwent left knee surgery earlier this month to clean up a slight meniscus tear and the team said at the time he would be re-evaluated in four-to-six weeks.

The 28-year-old was diagnosed with left knee inflammation earlier in the month and had already been shut down by the team.

“It’s hard,” Travis said in early March. “I’m sick of the same story over and over again. I mean, it is what it is, and you gotta find a way to keep going. But I’m sick of it, that’s for sure.”

Travis has missed time due to surgeries on his left shoulder and right knee over the course of his four-year MLB career .

The Blue Jays also announced that the club has signed veteran reliever Daniel Hudson to a one-year, $1.5 million contract. Hudson, 32, had a 4.11 ERA in 46.0 innings with 44 strikeouts and 18 walks for the Los Angeles Dodgers last season. Over nine Major League seasons, has has a 3.99 ERA and 545 strikeouts in 619.2 innings.