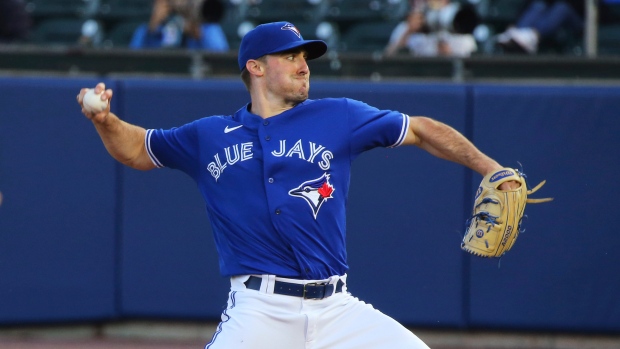 Toronto Blue Jays starting pitcher Ross Stripling apologized to third baseman Joe Panik and the rest of his teammates after yelling at Panik following an error in the sixth inning of Wednesday's loss to the New York Yankees.

I hate this. Never show up your defenders. Ever. pic.twitter.com/81ltO6BrTj

With two outs in the sixth, Giancarlo Stanton hit a slow roller to Panik at third base who elected to pick the ball up with his bare hand before committing an error on the throw to first.

Stripling was noticeably frustrated after the error and was seen yelling in the direction of Panik. The 31-year-old, who is playing in his first full season with the Jays, said he was "embarrassed" for how he acted.

"It's the most disrespectful thing I've ever done, maybe ever. Certainly on a baseball field," he told reporters after the game. "I'm completely embarrassed about it. I simply let the moment get too big for me."

Stripling said he apologized after the game.

"I apologized to Joe individually. I even addressed the team because I feel so bad about it. That can't happen. That should never happen. It'll never happen again from me. I promise you that," said Stripling.

The Jays got out of the inning without allowing a run, but would eventually lose their lead and fall to the Yankees, 3-2, for their third straight loss.