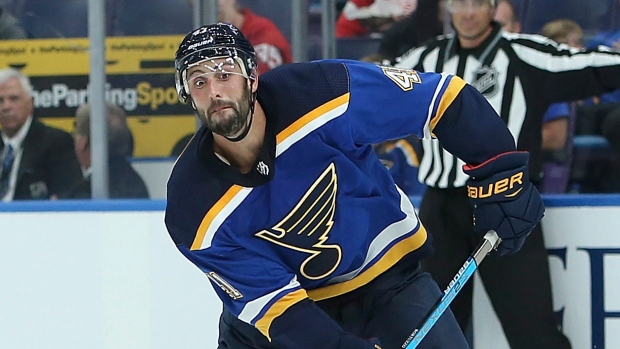 St. Louis Blues defenceman Robert Bortuzzo is slated to have a hearing with the NHL Department of Player Safety on Thursday for elbowing Washington Capitals defenceman Michal Kempny during a preseason game on Tuesday.

The incident occurred in the first minute of the third period of Washington's 4-0 win Tuesday. Kempny carried the puck into the Blues corner where he took a high-hit from Bortuzzo. Kempny remained down on the ice while the Capitals scored roughly five seconds after the hit. He did not return to the game due to an upper-body injury.

The 29-year-old Bortuzzo scored four goals and added nine assists over 72 games with the Blues in 2017-18, his fourth year with the organization.

Kempny, 28, had two goals and one assist over 22 games with the Caps last season.