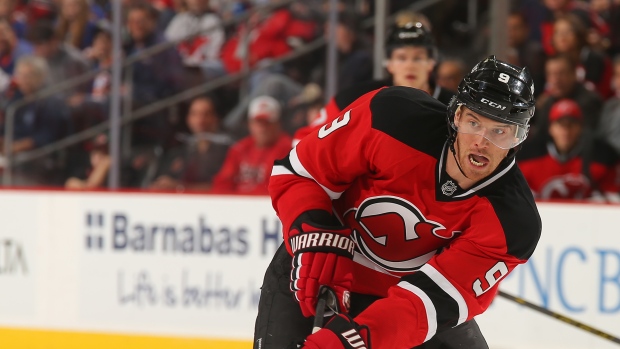 The St. Louis Blues announced on Tuesday that veteran forwards Martin Havlat and Dainius Zubrus had been invited to professional tryouts.

Havlat, 34, is a veteran of 788 career games with the Ottawa Senators, Chicago Blackhawks, Minnesota Wild and San Jose Sharks. He has tallied 241 goals and 352 over his 14-year career. The native of Mlada Boleslav, Czech Republic has scored 20 or more goals on six occasions. He appeared in 40 games with the Devils last season, notching five goals and nine assists.

Havlat joined the Florida Panthers on a PTO earlier this fall, but did not crack the roster.

Zubrus also spent last season with the Devils, tallying four goals and six assists in 74 games. The remaining one year and $3.1 million on his contract was bought out in July.

The 37-year-old Lithuanian was originally drafted by the Philadelphia Flyers in the first round (15th overall) of the 1996 NHL Entry Draft. A veteran of 1243 games and 18 seasons, Zubrus has also spent time with the Montreal Canadiens, Washington Capitals and Buffalo Sabres. He 225 goals and 359 assists over his career. His best offensive season came in 2005-06 as a member of the Capitals when he scored 23 goals and added 34 assists.

The Blues are 5-2-1 through eight games and sit on 11 points, two back of the Nashville Predators for the Central Division lead. They are next in action on Tuesday night when they host the Tampa Bay Lightning.