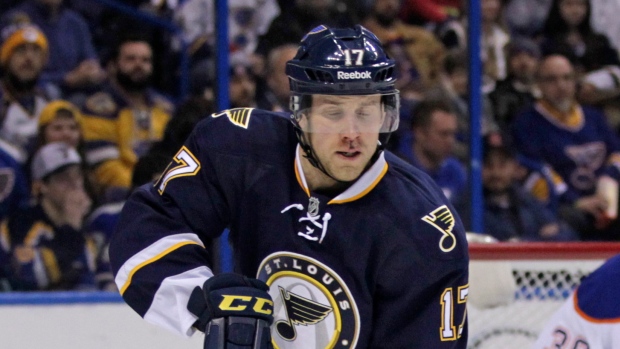 The St. Louis Blues will be without forward Jaden Schwartz for at least the next 12 weeks.

Blues GM Doug Armstrong announced Schwartz underwent surgery after fracturing his ankle in practice Friday, and will be re-evaluated in 12 weeks. Schwartz was placed on injured reserve.

The 23-year-old had four assists in seven games with the Blues this season. In 214 career games, Schwartz has 62 goals and 139 points, all with the Blues.